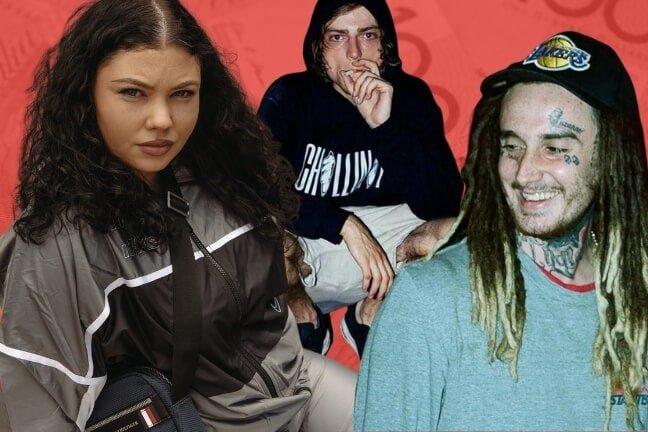 It’s Week 18 of our New Hip-Hop Videos From Aus feature wrapping up the best clips from our playlist on Youtube. Don’t miss a clip! Subscribe and stay updated with all the latest video drops from across the AU. Which video you feeling this week? Slide in our comments with your favourite!

Wombat pens ‘Letter 2 Nicky’, a raw and touching tribute to his late friend Nicky Bennett who passed away earlier this year. Produced by SLoth and shot in his studio, Wombat reflects on the memories of his friend and their love for Australian artists like Kerser and Alex Jones. While ‘Letter 2 Nicky’ deviates from the typical sound we’d expect from the Tassie emcee, the track proves that Wombat’s presence on the mic runs deeper than explosive deliveries and Grime rhyming schemes.

Day1 comes through with a catchy self-coronation, as he labels himself the ‘King Of My City’.  The Kreezy Visions directed music video cuts from live footage to Day1 and his day ones kicking it, showing his royalty mentality is nothing new. Produced by Liam Thomas, ‘King Of My City’ flexes Day1’s signature style of Trap bars and slick R&B with vocal samples and slapping 808’s driving the instrumental. As Day1 continues his relentless hot streak of singles and matching visuals, there’s no telling what may come from a pending debut project.

‘Take Your Time’ delivers the first taste of and upcoming full-length project from Adrian Dzvuke. The Perth-based singer’s latest track offers an upbeat instrumental along with the lovestruck, buttery vocals of Dzvuke. In the music video directed by Daniel Hilderband, Adrian shows his uncontrollable joy as he dances his way to his lover’s doorstep. Adrian Dzvuke’s lush and silky new ballad will have you patiently waiting for love but impatiently counting down till his album’s release.

Along with the release of his latest project ‘Borderline,’ Indigomerkaba reveals his ‘Best Life’. Produced by Nebs, Indigomerkaba’s new music video finds the Adelaide emcee hopeful, as he reflects on the darker place he was in earlier this year. With improved production, and a focused Indigomerkaba, ‘Best Life’ is an inspiring and raw trail of thoughts as he embraces his mortality and discusses his mental health. The ‘Borderline’ project continues these themes through honest storytelling and moving punchlines about his struggles and mental battles.

Delawou and Lisi are all about their ‘Hood’ in their UK-inspired new track. The Sydney rapper embraces a Grime flow over the UK Garage instrumental as he illustrates exactly how it is in his hood, and there’s no better co-pilot to rap about area pride than the 43 king himself; Lisi. Directed by Kreezy Visions, the music video is rightfully shot in Delawou and Lisi’s areas of Farfield and Goodna respectively. With a heavy UK influence and clear AU lyrical themes and sound, ‘Hood’ encompasses the universal appeal coming from Australian hip-hop in 2021.

Clariyah Bo$$ is a force to be reckoned with. In little over a minute she stamps authority with rapid-paced flows, mind-blowing wordplay and catchy melodies in her remix of UK artist Jelani Blackman’s single ‘Foolish.’ The second instalment in her recently announced run of weekly video drops utilises clever lighting and cinematography to showcase the PolyRapper’s raw talent. Riding backseat in a Chrysler through the neon lit streets of Melbourne, there’s no doubt Clariyah lives up to the ‘Boss’ moniker on this one.