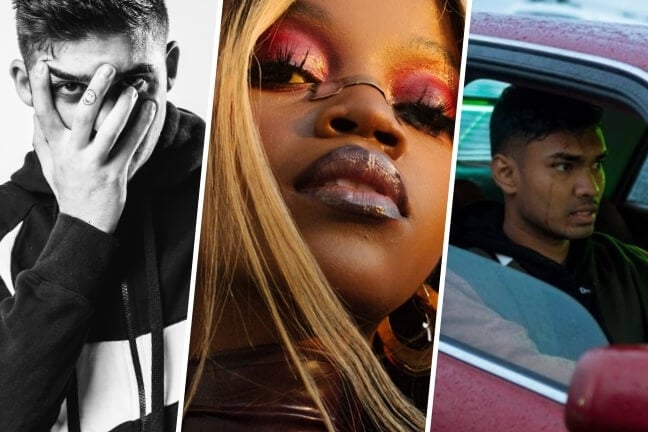 All the best music videos from the AU are updated daily in our New Hip-Hop Videos From Aus playlist on Youtube. Here’s half a dozen of our latest favourites from across the culture. Slide in the comments and let us know which clips are your favs!

CHILLINIT – SAFE TO SAY (ONE TAKE)
(The Last Addition)

In a remix of the Aitch track ‘Safe To Say’, ChillinIT reminds everyone who the King of the One Take is. With his lyrics painting a vivid enough picture on their own, The Last Addition keeps the visuals simple and edits sharp, complementing Chill’s punchlines. Despite stretching his wheelhouse last year with ‘The Octagon’ album, ChillinIT hasn’t lost his love for Grime, Fast and Furious bars and double entendres. Chill’s Australian remix of ‘Safe To Say’ is a treat for the fans before he begins the rollout of his third album with his ‘Henny and Reefa’ single coming soon.

From the worksite to holiday houses, Lisi dreams of the ‘Good Life’ he’s created for himself in the latest offering directed by Ruff Pops. The heart-warming song sees the 43 rapper celebrate his accomplishments and reflect on his come-up. At the surface, ‘Good Life’ is a catchy and soulful song for the end of summer, but it’s Lisi’s lyricism that earns his spot on this week’s list. Surrounded by family, Lisi spits encouraging wisdom of hard work and gratitude, proving that a good life can be made by any average man.

Last week had Lil Durk recreating infamous Ye moments in his ‘Kanye Krazy’ music video, this week, Tkay Maidza channels her inner Kardashian and other notable Kims for her latest record featuring Yung Baby Tate. With a roaring sub-bass and its repeated chorus, ‘KIM’ is the infectious earworm you’ve been looking for. The US rapper Yung Baby Tate matches Tkay’s boastful energy as they reimagine looks from famous Kim’s including Kardashian, Lil Kim and cartoon character, Kim Possible. As the Adelaide artist prepares for her third volume of Last Year Was Weird, ‘KIM’ shows promise that it’ll be stacked with heaters like its predecessors.

Axis Production and Melbourne’s Lakshane deliver visuals to his alternative R&B hit, ‘Ariana’. In his latest track, the Sri Lankan-born crooner creates an atmospheric and hopeless look at being under the influence post-breakup. Evoking a similar presence of The Weeknd, Lakshane impresses with lush pop melodies, airy synths and confronting lyrics. Although, his vulnerability comes at no hindrance to his confidence, as ‘Ariana’ inflicts a refreshing sound to late-night R&B with a more desolate and chaotic energy.

Perth’s Bitter Belief teams up with James Abberley for new track ‘To The Edge’. Taking care of the instrumental, James Abberley plays acoustic guitar and delivers a mesmerising chorus performance. Filmed by dirt roads and dry grass, Bitter Belief raps about rising above the emphasis he’s placed on other’s opinions as he continues to follow his path. The reflective nature of Bitter Belief’s work and his knack for honest lyricism has helped him build a strong fanbase over the years. His latest track ‘To The Edge’, is the third single from his upcoming album ‘The Elephant Gifts‘, releasing on February 26th.

Seru comes through with something to prove on his new track ‘Chance’, filmed and edited by Elijah Gallo. Stripping back drums for the chorus, but never holding back bars, the Melbourne rapper should be well and truly on your radar by now. Strolling through the city, Seru switches flows on the verses and introspectively raps about his changing mindset, spitting “I been living in the moment so I’m living better.” From 2020 with his ‘Product of the Pressure’ project and plenty of singles, Seru seems as focused as ever heading into the new year.