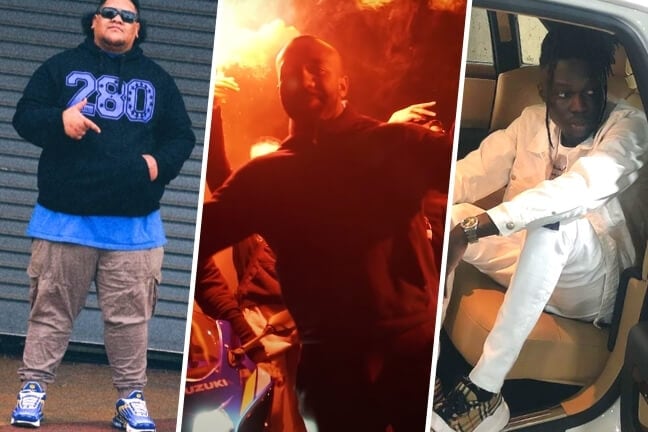 Australia is delivering week on week with top class music videos. Our New Hip-Hop Videos From Aus playlist on Youtube is your one stop shop for all the hottest clips from the culture. Here’s another 5 of our favourites to drop. Let us know on socials which videos you’re digging and be sure to be subscribed to our channel on Youtube to be first in the know! ?

Melbourne’s South-East is a hotbed of talent just waiting to blow up and Chevvy is a name that should be top of the list. Angelic vocals narrating hood tales that will take you back to the nineties golden era. Raw visuals showcasing his home ends of Dandenong and a slick feature from close collaborator Frankie Deuce. Follow closely.

The lastest signing to Biordi comes out all guns blazing on new release Us. Nasa Nova is leaving nothing unsaid on this bumping drill record, sending messages out to anyone that dare oppose him and a ganged out visual complete with a heaps of pyrotechnics compliment the mood.

Another untapped gem is Sydney’s Solochulo. Crisp, melodic runs and a flossy aesthetic reminiscent of a younger Playboi Carti. Aaron Bull again at the top of his game, steady producing some of the most eye-catching clips out of the AU lately.

Proud Pakana woman Denni has just released her EP Runaways and is winning attention across the country. Another big Tasmanian link-up with Greeley on latest drop Flicker has them going back to back with rapid-fire bars.

Wombat never fails to catch attention when he drops and this latest cut Kebabs is a tongue-in-cheek reference to Richmond footballer Sydney Stack and his incident earlier this year. Filmed outside a kebab van, the drop has Wombat doing what he does best, jampacking a heap of multis and fast flows for his loyal fanbase.