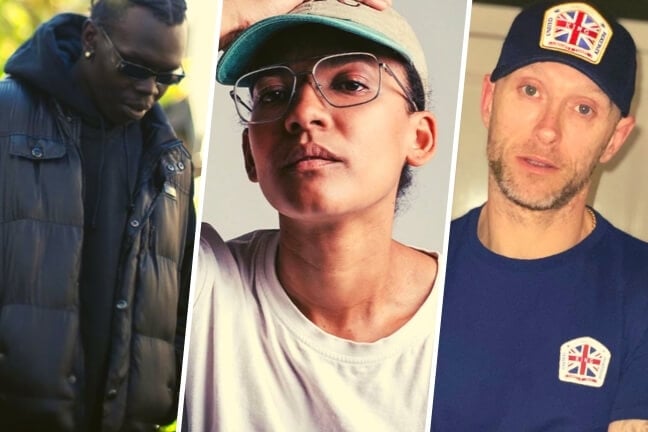 Every day we’re adding the very best visuals to our New Hip-Hop Videos From Aus playlist on Youtube. Your one stop shop for the latest hip-hop videos from Australia. Everything from trap, to drill to more traditional boom-bap, the culture is constantly delivering. Below we’ve wrapped up half a dozen of our favourites for you to check out. Which one caught your attention? Be sure to let us know on socials! ????

OKENYO – ANTHROPOLOGY
(CS DALIMORE / PHOTO BY MICHELLE GRACE HUNDER)
There’s something to be said about tracks that only make complete sense when accompanied by their visual – a holistic approach to the art that is embodied by Sydney creative OKENYO. Drawing upon her theatre background and NIDA honed skills, she delivers a powerful concept for new single ‘Anthropology’; a critical yet clever commentary on the portrayal and understanding of blackness in the modern world. Rewind.

CG FEZ – 4:30
(SONDR. FILMS)
ForeverEver signee CG Fez is back with new single ‘4:30′; a raw and vulnerable look into the mind of the man behind the music. Poignant and present, the rapper honestly reflects on the his story and struggles, encompassed by emotive lighting and bold visual metaphors. Another strong artistic offering from a talent carving out his own nice lane among the booming Sydney drill scene.

YOURBOYMARS – BUILT FOR THIS
(STRAIGHT NAPALM / JUSTPLAY MEDIA)
West Australia’s young prodigy YourBoyMars delivers his most polished work yet, announcing his time is now on new cut ‘Built For This’. Always repping his Habesha culture, Mars takes the opportunity to showcase his homies outta the 6K in a clip which takes you behind the scenes in the studio while he goes on hypnotic melodic runs. This might just be the one that helps him break out.

FRAKSHA – MOMENT FT. MARVIN PRIEST
(MURKDOUTMEDIA)
Aus Rap OG and CASH MADNESS 2020 champion Fraksha is back with the bars in another Melbourne street cut shot by MurkdOutMedia. This time linking up with fellow Brit Marvin Priest who comes through with a classic UK-patois infused hook, ‘Moment’ has all the right elements to keep Frak’s loyal base of supporters well fed for the time being.