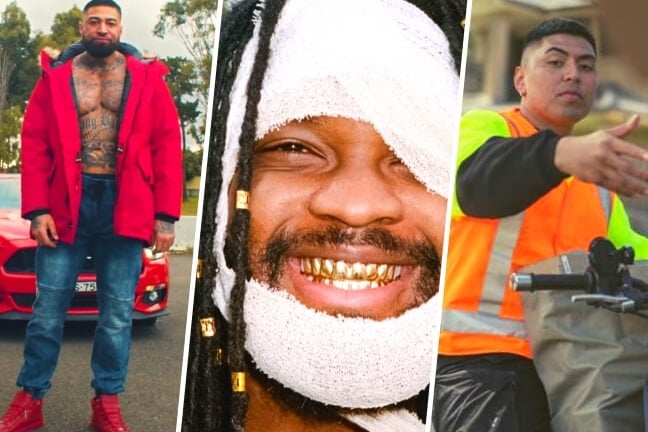 Another huge week of clips dropping from across the culture. All the best vids are located in our New Hip-Hop Videos From Aus playlist on Youtube. Here’s 5 of our favs to drop recently. Slide into the comments section on socials to let us know which clips you’re digging and be sure to subscribe to our channel on Youtube! ?

After surviving a recent attempt on his life, BIG KASH returns fire with an onslaught of punchlines directed straight at his opps. Featuring iconic samples in 50 Cent’s “Many Men” and Coolio’s “Gangster’s Paradise” the West Sydney emcee, the 4 minute barrage of shots leaves no questions as to the strength of his resolve or his ability to level up in delivery.

Canberra King Genesis Owusu continues to unleash his unqiue brand of pop-rock infused, alternative hip-hop and does it with class on latest drop ‘The Other Black Dog.’ Recently endorsed by The Needle Drop and with his creative direction operating at an international level, Owusu has just announced his debut album ‘Smiling With No Teeth’ due March 2021.

Hip-hop collective Freesouls have dropped the visuals for ‘Time Off’ their collab with 201 legend Huskii. Blending melodic autotune runs with crisp raps and a standout emotive feature verse, the white-room shot clip has the potential to be their biggest moment yet.

After teasing it for the better part of 12 months, Doonside’s Hooligan Hefs has unveiled his long awaited major label debut ‘Send It!’. The Gabber infused, electronic party cut has already raced up the trending lists and become the weekend anthem for pre-drinking IG stories across the country.

NOOKY – ALWAYS WAS ALWAYS WILL BE
(BURROWS DIGITAL)

Proud First Nations rapper Nooky swerves into the drill lane with the powerful ‘Always Was Always Will Be’ – a statement that his presence and rugged delivery is not to be underestimated. Firey visuals across Sydney city from Burrows Digital take this one up a notch. Put some respect on the name.