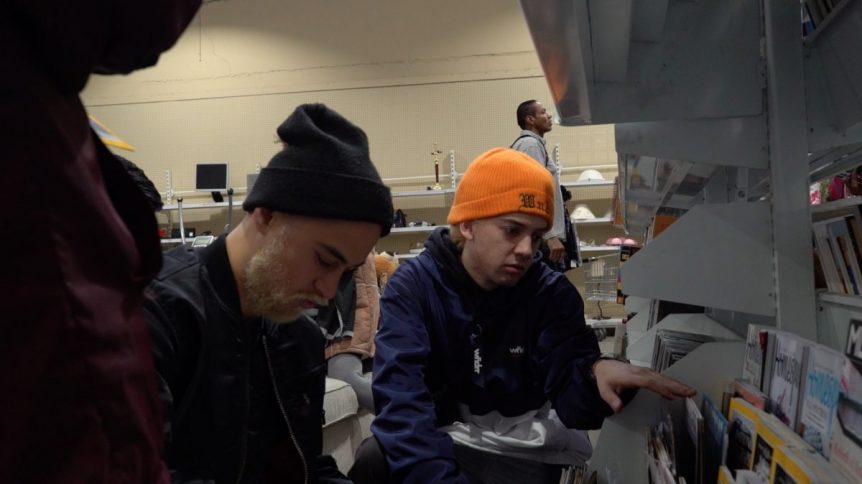 Today’s Ca$h, “LOTUS FLOWER DIAMONDS” was the first instalment of a new weekly ‘Crate Diggers’ series, a collaborative effort between Beat Magazine and Savers Australia which will see Australia’s most inventive producers raid the vinyl section of Savers and throw together a track from scratch. Pushing sampling to it’s limits.

Juñor and Pattyboomba – who are, side note, currently working on Juñor’s upcoming EP 🎉 – were first to flex their sampling skills. The result is a genre-less melting pot full of bars, builds and breaks, fully equipt to both elevate the mind and make a room move.

Aiming to create the record solely from samples with no expectations or plan made, the vibe of the session dictated the direction the music went – “we intentionally had no plans and wanted the direction of the production to be lead by our excitement of hearing different samples for the first time,” Juñor told Beat.
“Patty and I chose a record each without consulting each other and then we picked the other three together. We specifically chose one with a lead vocal, one with majority guitar, one totally flute, one movie soundtrack, and a genre compilation record.”

The tracks sampled eventuated as below:

Keep it locked to Juñor’s page for a ‘making of’ mini-doc, where you can follow the sampling journey from Savers to Beat Magazine – due for release soon!

Check out “Lotus Flower Diamonds” via Soundcloud only, below 💰