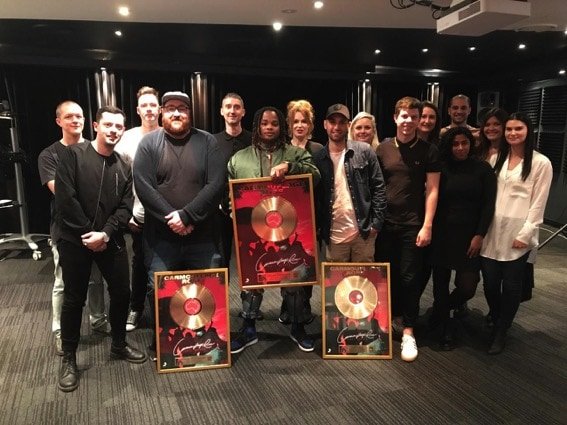 Over the past 12 months, Carmouflage Rose has achieved incredible success with his debut single  ‘Late Nights’, being one of the top 30 most played songs on triple j in 2017 and  collectively amassing over 8.5 million streams across streaming platforms. 2017 saw Carmouflage Rose support the likes of Alison Wonderland and A$AP Ferg nationally on the Scarehouse Tour, and saw him perform alongside Metro Boomin, DAVE and Wiley, along with a slew of headline shows and festivals.

Follow up single ‘Wildflowers’ is approaching 2 million streams and has been played on high rotation on Triple J, subsequently selling out his debut headline tour across Australia and New Zealand (Triple J supported) Carmouflage Rose has been handpicked to support Hayden James nationally including New Zealand dates.

Today Carmouflage Rose announces new music with debut EP titled TASTE set for release October 12th. Coinciding with this incredible milestone Carmouflage Rose has been a welcomed edition to this year’s Spilt Milk Festival line up alongside the like of Childish Gambino and YG. Stay tuned for more exciting updates to roll out this year!

Listen to ‘Late Nights’ below via Spotify 💰