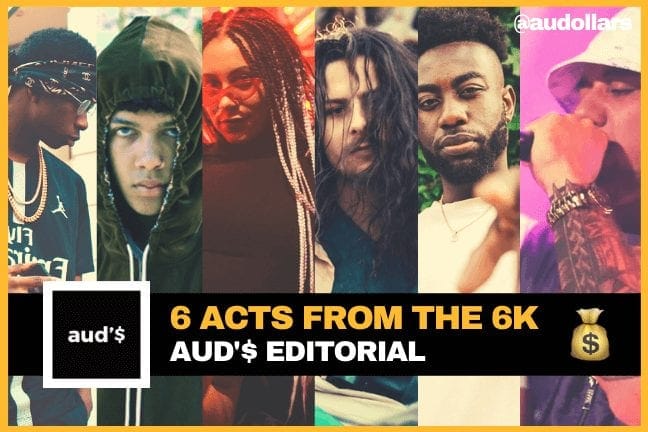 We’re on the verge of hitting 6K followers on our IG (help us get there with a follow!) and so we thought it might be a dope opportunity to keep the country updated on whats happening in the 6K. Due purely to geography, Perth is one of the country’s most slept on scenes. While the city and community is bustling more than ever in terms of output, occasionally the majority of viewers we can miss it on the East coast, so we’ve quickly wrapped up 6 acts from the 6K you need to be keeping up with. Check their tunes, follow their socials and show love to our people out West. We see you.

One of the OGs of the Aus Battle Rap scene, Cortext has been steady releasing and touring for the best part of a decade to a loyal underground fanbase. Latest crew cut ‘We Comin’ is a straight banger with a vicious first up verse from C before one of the best hooks of the last 12 months from Lil Mase.

A name on the rise within the Afrobeat community across the AU, we first introduced you to Adrian Dzvuke via ‘Confidence’ some time ago, and he’s only gone to greater strengths since then. ‘Bad Like Ri Ri’ is the latest bop to heat up dancefloors and get stuck in your head.

If you’re not familiar with beatmaker and songstress Jamilla; bet you’re about to be. Introspective lyricism, flawless flows and ambient production; all done on her own. With a consistent output, she’s on a trajectory similar to other independent R&B talents from the AU in recent years who have gone on to become global names. Check ‘Tired of the Sunrise’ as evidence to why.

An underground Soundcloud type talent with subtle autotune flavours over crisp 808s. Originally from Ghana, Mornz reps HVBOYS crew who are starting to do some numbers online and are def worth keeping your eyes on. ’40 Carats’ has some really catchy melodies to vibe with.

Sowdy is a dude we’ve been checkin for since like 2016 and it seems he’s finally starting to get the industry looks he deserves. Extremely versatile both across style and role; everything form trap type raps to boom-bap production, he’s a multi-talented artist who has all the tools for longevity. ‘Sunshine’ will put a smile on your face and make you go deeper into his catalogue.

One of the more mysterious members of youth collective YTL who seem to be doing some of the dopest things out West across art and fashion. On‘All Alone’  the 18 year old raps on some really deep teen angst emo vibes before breaking into a poignant autotuned hook. Replay value.