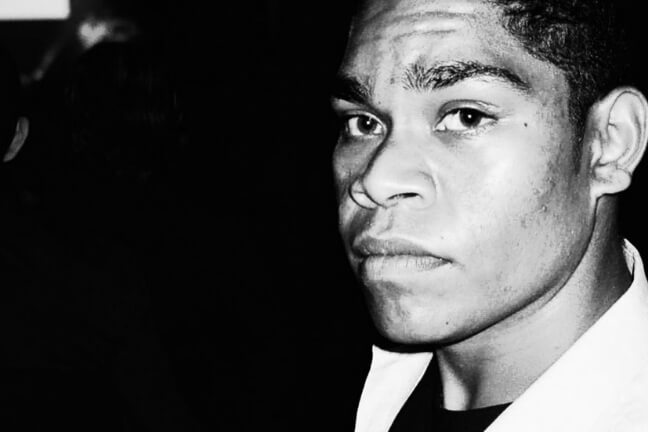 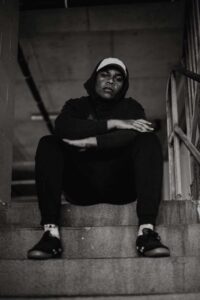 Rhyming since the age of 14, JK-47 – the proud Indigenous rapper from Bundjalung country round Tweed Heads way – is one of too few who has put in his 10,000 hours perfecting the craft. Sharp with the pen and possessing an impeccable delivery, the name JK-47 carries with it esteem and respect amongst his counterparts across the country. It’s been a big year for the Gratis Minds and ECB member; not only has JK signed a booking deal, won national competitions and scored his first major festival slot, he’s also recently become a husband to Lauren and a dad to son Zuriel.

We were fortunate to sit down with JK-47 to chat about fatherhood, his motivations, and the messages entwined in debut album Made For This.

It was evident from his early appearances in NO1NETWORK and BODYBAGMEDIA Youtube cyphers alongside ChillinIt and Nerve that JK-47 could more than hold his own. His show stealing verse on 2019 collaboration Sunday Roast with Nerve and his contributions on the Gratis Minds LP Driven, only served to add fuel to the fire motivating him to begin working on his debut album.

“All those rappers who are making something out of themselves just showed me I could do it. I see someone else getting theirs and it just motivates me to get my own.”

Made For This totals ten tracks and, in keeping with his love for community, seven features from close collaborators. Thematically it dives deep into parenthood, the continued struggle for justice by First Nations people, as well as providing moments of pure flex from the emcee.

Project opener Abandoned is the perfect blend of all these elements, captured in a chorus line that chants; “I don’t think they understand me, I’m taking a stand for all of my family. They don’t care about this land, the government a bunch of bandits, we been abandoned.” JK-47’s sense of purpose and motivation is not surprisingly, more refined than ever.

“Every time I look at my boy, it reminds me what I do this for and I feel real blessed.”

JK recognises that his approach to rap has changed since becoming a father, stating “I can’t rap about like I don’t give a fuck about anything, you know, like bitches – I can’t be rapping about that anymore!” Still, this doesn’t stop him from showcasing his skills on punchline heavy tracks The Recipe and Guess Again featuring DREDUB. Far removed from the drill and trap sounds dominating playlists in 2020, Made For This instead utilises 90s golden era, boom bap production on which to highlight his top tier delivery and energy. The feel-good track On One personifies why his peers rate him as one of the country’s premiere lyricists as JK again throws down alongside Nerve and his brothers, Chiggz and Nate G.

On One aside, the second half of the album turns in a more solemn and reflective direction, with JK putting a spotlight on the experiences of Indigenous Australians and the continued social injustices faced by his people. The slower, guitar centred instrumentals of Marathons and RIP (featuring fellow Gratis Minds member John Doe and Jarulah) display his more melodic side, creating some of the projects best musical moments. The production of Made For This, largely handled by Gratis’ Jay Orient is to be applauded; carefully crafted and selected, the pair have a long history together, and have come a long way from playing PlayStation games as kids.

“I used to go up to my nan’s when my mum and dad were fighting and shit like that so I used to stay out there and next door was Jay [Orient].”

The album’s second single I Am Here (Trust Me) featuring Pheobe Jacobs is dedicated to the 434+ lives lost in Australian police custody and recently arrived with a poignant visual. The track is a powerful mix of Jacob’s rich bluesy, soul infused vocals, coupled with authentic and aware commentary from JK. 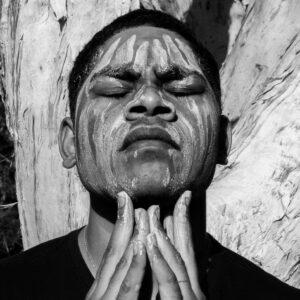 “I don’t want to come across too angry because a lot of people just don’t understand so I’m just trying to help them understand. Everyone just needs to learn how to talk and how to act because if we just stay angry at them for something that’s not really their fault –  you know, its generational shit passed down – we’re not really going to find a solution.

“I don’t know if I did it right but I didn’t want to come across careless because when you’re dealing with this sort of stuff, it’s not so simple. You’ve got to really dive into it and can’t just be talking about numbers because it’s something much more complex than just calling it how it is. You have to talk about the reasons why and come from a place of love more than hate and anger.”

Though he remains humble and uncertain about the pending reaction to the project, it’s hard to fault anything about the way JK-47 has approached his debut album. It’s an album of learning, healing and finding identity as an Indigenous man. Listeners will leave Made For This with fresh learnings about the themselves, and about the land on which the record was created. And that is entirely JK’s objective.

Outta Time is a testament to this fact, with Orient’s work on the melancholic, shimmery keys giving JK plenty of room to speak his mind, stating; “This government’s a joke, I ain’t really listening … They took over this land just to tell me what a Christian is.” Though it’s near impossible to pick a favourite track, both for us and for the artist himself, JK-47 appreciates his own honesty on Wings as a song to draw strength from.

While the year ahead is set to be spent largely in the close company of his new family, JK hopes to fit in an album tour and is keenly awaiting his spot at Wollongong based Yours & Owls festival before potentially releasing some more from his catalogue of east coast collaborations.

Made For This is one of the standout projects of 2020 and cements JK-47 as one of the leading forces in Australian Hip-Hop. With a finely crafted and poignant message, faultless beat selection and superior lyricism, Made For This is a thoroughly enjoyable a listen with the potential to initiate a lasting legacy for the emcee both at home and abroad.