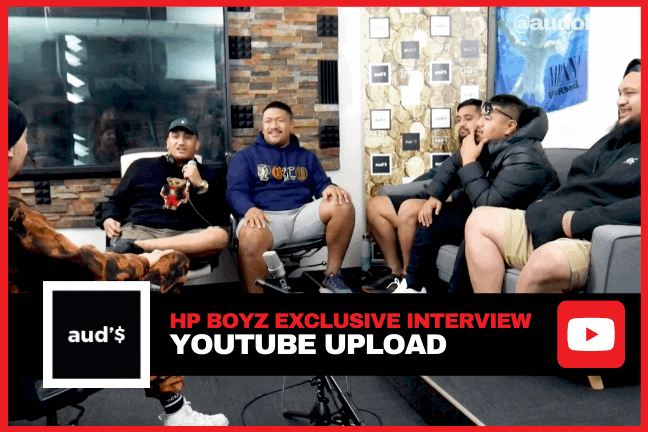 Emerging from Hampton Park, in Melbourne’s Outer-Eastern suburbs, the HP BOYZ are one of the most exciting acts breaking out of the Australian urban scene. On Friday 8th May 2020, they released their debut project ‘6 TO THE WORLD’ to not only critical acclaim, but an audience reception unlike anything in Australian Hip-Hop before – shooting straight to the top of trending charts on several platforms.

JUNOR sat down with the HP BOYZ; rappers HP.ONT, HP,YJ, and HP.MWAYZ as well as producer HP.AREA and manager HP.HOODLUM, to discuss the making of the project – in the very room at Marshall Street Studios, where they recorded the EP.