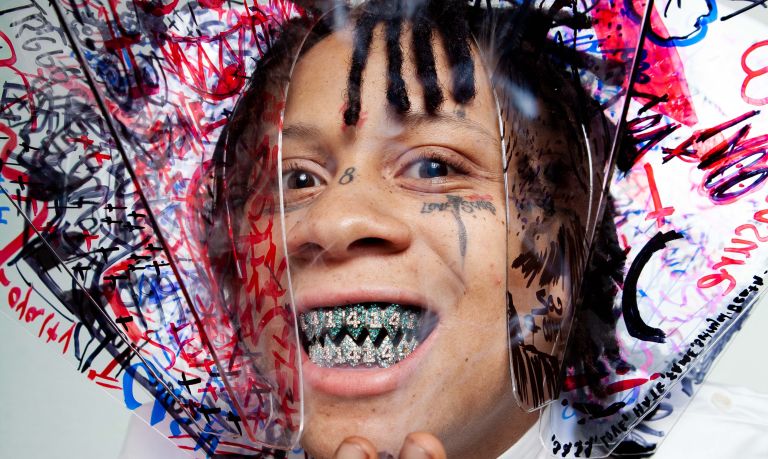 Before hitting Melbourne, Sydney and Brisbane this Nov/Dec with Festival X, the Ohio artist found time to drop a brand new project on us. He gave us an exclusive pre-listen last time, and the fkn legend sought us out to do the same this time around.

!— Big 14’s follow-up project to last year’s beautiful “Life’s A Trip”—boasts features from The Game, Playboi Carti, Lil Baby, Lil Duke, and more & comes in at a total of 14 songs, having previously released the singles “Under Enemy Arms, “Mac 10,” and the title track “!”.

IN ONE TAKE: Way more experimental. Think Trippie x Diplo “Wish” and trying to explore that production lane in more commercial big way. We’re not sure if that’s his peak lane, but shows his artistry growing. Would’ve preferred this as a mixtape. Still bangs in it’s own unique way, which in this day is becoming more and more rare to stand alone in sonics. Trippie is definitely one of the best voices in the emo rap trend and will not be fading away any time soon. This is just another step in the journey.

Listen to Big 14’s new album “!” below and catch TRIPPIE for the first time ever in Australia at FESTIVAL X this NOV/DEC 💰