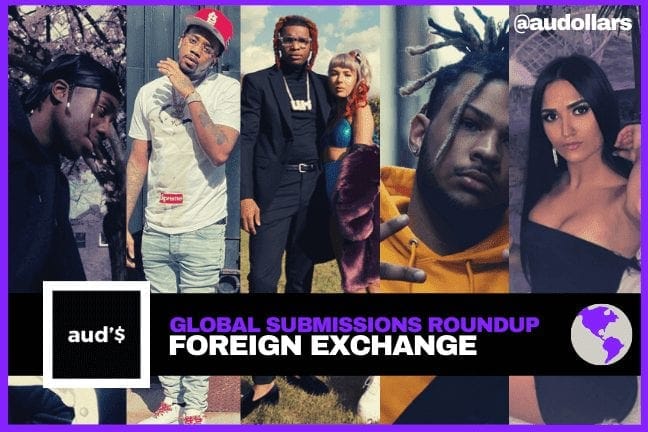 Round 2 of our FOREIGN EXCHANGE series which will be bringing you the best of those global submissions every week.

WHIPPED CREAM X LIL KEED – I DO THE MOST

EDM’s emerging production queen WHIPPED CREAM has been on a tear since signing to Big Beat Records last year, releasing banger after banger, including collaborations with Lil Xan, Baby Goth, Jasiah and more. Her streak continues  with “I Do The Most,” her brand-new single that features Lil Keed and is out alongside its similarly seductive video that’s sure to make you sweat.

New York drill but with a heavy UK influence. Fivio Foreign is next up on a wave that has brought up names like Pop Smoke and Sheff G. He’s starting to do some serious streaming numbers and will be popping up on your radar plenty in 2020.

An interesting Ireland x Nigeria collab with tight basslines and UK riddim type flows. Broke and Stupid is a fun, relatable jam in a D-Block Europe lane worth waking up to.

Hailing from Los Angeles and Atlanta, Son Kuma and Gebreezy started collaborating while attending Stanford University and have successfully been able to create a wide variety of music ranging from slow RnB to fast, bass-heavy Hip Hop. Produced by Gebreezy, Be sure to stay tune for both Son Kuma’s and Gebreezy’s future releases.

The debut single from emerging NY songstress Elsa Dedi, Falling Apart highlights her strong vocal talents as she goes over tight 808’s and hats with Ariana Grande like runs. An impressive introduction from an artist set to grow.

Hard drill vibes this time coming out of Germany. FLACKOO.G has really mature vocal control over his autotune flows showing of his lower range in a Pop Smoke like manner. RUDEBOY is a jam for any drill lover and it’s cool to hear current sounds coming out of different regions.