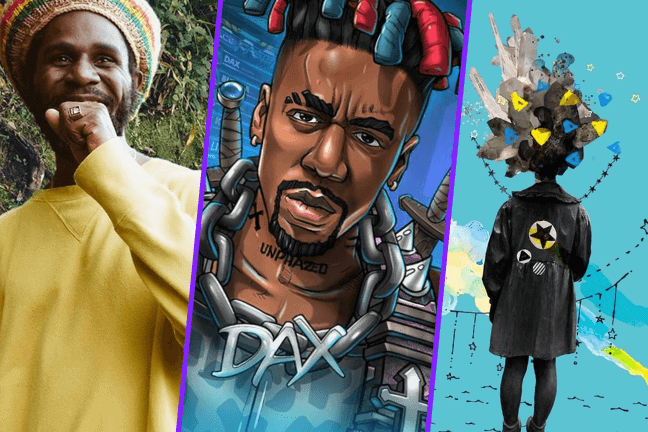 Emerging from the depths of our SubmitHub submissions is FOREIGN EXCHANGE – our weekly wrap up of the best global submissions we’ve received from all corners of the planet. We’ve got you covered, everything from Rap to Trap to R&B and Soul.

Go check the new bunch of tracks below out, follow some new artists and stay locked to our Spotify to be listening on repeat.

Contemporary R&B out of Berlin, Germany from Tel Aviv born artist / producer J.Lamotta. Delicate vocal cadences on an early 2000’s vibe singing about relationships and overcoming. This cut is from her sophomore album ‘Brand New Choice’ which is definitely worth diving into.

Jamaican reggae king Chronixx returns with new single ‘Same Prayer’, a self-described “benediction that carries a universal message throughout life’s ups and downs.” The notable Rastafarian links up with fellow Jamaican Kabaka Pyramid on this, the second drop from upcoming album ‘Dela Splash’ – smooth and soulful as ever with a powerful message to a young generation.

Indie Rock/Rap vibes out of New York from Claytonisokay delivering Fall Out Boy like melodies over mellow guitars in a style made popular by the likes of Lil Peep. Introspective and angsty coming off his debut album ‘Overlooked Stories’with all proceeds going to the Lyme Disease Association.

Hazy electronic pop / R&B from Canadian duo Flostate. Spacey, mysterious production from Michael Lee with poignant, raspy vocals from songwriter Avery Florence. This is the first drop from this brand dew duo who are showing capabilities well beyond their small catalogue. Bump and eagerly await more.

Independent Los Angeles rapper Trizz has performed with the likes of Tech N9ne & Brotha Lynch Hung and after taking a year off between releases he’s back with Solo, the banging new single from upcoming album Black Suburban Music. Riding music with intricate off-beat flows reflecting on life on the West Coast.

Another one from the land of the maple leaf, Dax is a technical rapper in the mould of mentor Tech N9Ne and the two go back on forth on this absolute headbanger. Supported by a next level animated lyric video which looks like it came straight out of a Duke Nukem video game. Bars, flows, lightning quick rhymes. You’ll need to play this a dozen time just to try catch it. Fire.

VIVAOLA FEAT. JUA – ONE OF THESE NIGHTS

Neo-Soul via Japan, this track is a bop from R&B singer/songwriter VivaOla. While we can’t catch the lyrical content this one is an easy-listening toe tapper, somewhere between Anderson.Paak and Joey Pecoraro. One Of These Nights is from the new album ‘STRANDED’ and has been stuck in our heads since first listen.