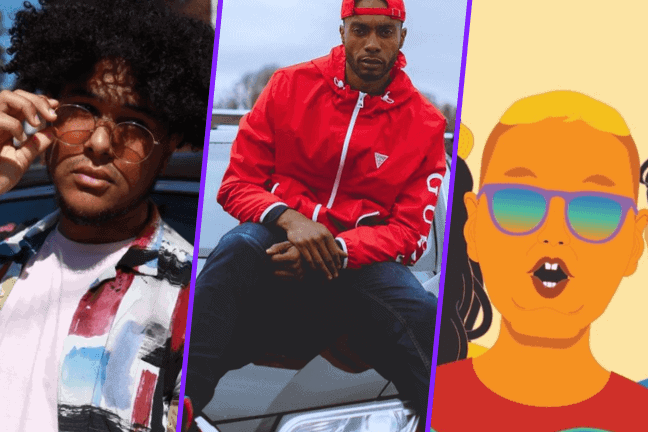 Weekly we bring you our favourite submissions from across the world covering Rap, Trap, R&B talent and a whole lot more talent. Be sure to check out the incredible artists below and follow along to our Spotify to be listening daily. If you’re reading this from outside Australia and you want to be featured, send us your latest track via SubmitHub. and we’ll be sure to check it out!

Funky R&B vibes from CIRRRCLE, a Los Angeles based trio made of two vocalists and a producer. A unique Japanese / American make-up, TYO is an up-tempo number dedicated to the birthplace of the group; Tokyo. Elements of Saturation-era BROCKHAMPTON on this one which comes with a cool animated visualiser.

Attention grabbing from the opening sequence, Sani Knight and Bosquet blur the lines between Trap and R&B in the mould of 6lack or The Weeknd. Emerging from LA, the two possess a natural chemistry on Know Ya / Heart Belong as Sani rides out over sublime filtered production from Bosquet.

Introspective, melancholy and therapeutic is the Waynewood hook on latest collab Mirage with emcee Javydade. Effortlessly buttery flows compliment the gentle vocals from the Louisiana native on the latest of the twos plentiful collaborations. Another chiller.

Born in the Bronx, NY to Jamaican parents, Nijahova brings through authentic raps over soul sampled production. No room for messing around, straight bars in a throwback Roc Marciano-like style on One. If you like street dudes who rap effortless, get deeper into this Nijahova’s catalogue.

Latin dance vibes out of Guinea-Bissau here sung in a mix of Spanish, Portuguese and English. Diime is a big-room producer coming through with Brazilian Funk number here designed to get you up and shaking your rear end. Think Major Lazer but with a more latin twist.

South Georgia local KunD! releases the second part to Nightbounce on his recently released EP, ‘O, Solemn Night: The Pvrple Tapes.’ Some Weeknd like cadences over Travis Scott style production that’ll have you bopping along.