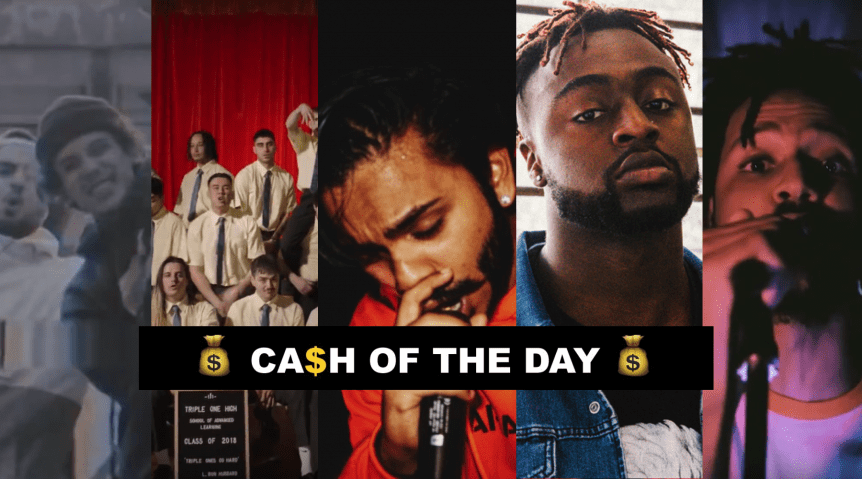 Capping off a week full of Ca$$$h from all over Australia, we’re sticking to our word and bringing you the street’s hottest sounds for another Ca$h Of The Week 💰

Z. Lewis is really moving – having just appeared in a collaboration with Melbourne mage Juñor, Newcastle-based Talakai now joins him on “Get It”, which dropped last week exclusively through Body Bag Media. With a ridiculously high energy throughout the track, both spitters go stupid hard. Accompanied by visuals shot by 2Tone Media, Jacinta Walton & Charly Dwyer, this is one we can’t wait to stream when it drops. Z, where that release?! 💰

“Everybody’s got opinions, you can keep yours”, Brisbane-based Gallvs asserts on this grungy, lowkey banger. Showing off his ever-improving vocal ability, this one takes you on a bittersweet journey – straight from the soul. Evolving into a wide, anthemic sound when you stick with it, this song drips with finesse. The intimate, color-soaked video works perfectly & it seems Gallvs knows his end game with these fresh releases. 💰 🌏

The golden Sydney trio, Triple One, has had one hell of a year. This record exemplifies that – impressively raw and technical, Triple One hit the beat with some real bravado here. There’s plenty of melodic execution in this song too – an indicator of a wide lane from this dope clique. The visuals show some of Australia’s most hyped underground rappers heading back to school… it seems though, that these are the guys doing the teaching. Huge 💰

This one took even us by surprise. Really coming with something special in this one, 6K artist Figuero Jones absolutely melts you with this Anderson.Paak-esque ballad. Showing us an example of pure creative freedom, GETONUP! has everyone who listens to music for their soul, on their feet. Young talent hitting global heights… that’s the shit we like. 💰

Sydney’s Kwame lights up this airy, carefree instrumental. He’s had a really good year, and at barely 20, it’s cool to think where his potential will take him. Pulling in and out of his flow patterns with ease, Kwame pretty much blindfolds you and kicks you off a cliff with this one. Keep your eyes open, though – you’ll probably see him soaring past you on his way up. Massive record. 💰💽

Make sure you keep eyes on AUD’$ socials daily for new music from all over Australia 🔌 and check back in next Friday for another Ca$$$h Of The Week. Shout out the culture. 💰