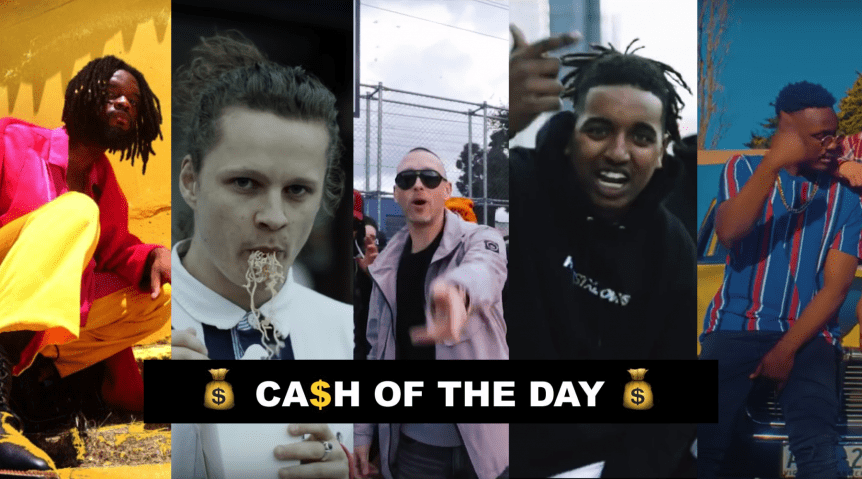 Having established himself as one of Melbourne’s premier grime spitters, Fraksha teams up with Scotty Hinds & Diem in this record which showcases his ability over Kha’s bubbly, dancehall-influenced beat. “This life, yeah you gotta stay the boss of it” – Fraksha speaks on the trials and tribulations of an authentic come-up and life’s crazy ebbs and flows. The visuals were shot by Joe90, presenting a classic, raw scene at the basketball courts. 🔥 💰

Another dancehall smash, Slik teams up with Melbourne-based Jakisa in this saucy hit. With fresh vocals and a beat which will have you pretty much climbing on the club ceiling, this one hits the perfect spot and turns into ear candy within two seconds. Bright, assertive visuals showcase Konrad McCarthy’s videography & Slik’s artistic direction. Vibes. 🌎 💰

Canberra-based Genesis Owusu has been really stirring up a storm lately. Produced by one of Anderson.Paak’s team in The Free Nationals, Wit’ Da Team brings his soulful, funky influences to the front and it hits us like pure butter. This one showcases his vocal range & songwriting ability and we absolutely love it – nothing is more exciting than an artist with dynamic range and Genesis Owusu has it in spades. We’re hoping to catch some visuals for Wit’ Da Team soon – check it out on Spotify now. 💰 🔌

IVAN OOZE – WAY PAST THEM

Melbourne rap aficionado Ivan Ooze has been tearing festival stages up all year, but he still took the time to bless us with this hard-hitting banger and some stellar visuals from 3 Apples Media (Sean McDonald & Chris Murray) to match. Finally dropping after being played on stages nationally for over 12-months. This one smashes its way through your system, taking grime elements and fusing them with Ivan Ooze’s unique, visceral style. Crazy 💰

What an incredible start to a career it has been for Shadow. Having been steady grinding in Perth for a minute, he’s firmly established himself as one of the talents to watch when it comes to Australian hip-hop and grime. Shadow just signed with Golden Era Records, who host recent ARIA winners Hilltop Hoods & with this absolute scorcher, we can see why. Clean visuals to accompany this assertive record ensure you’re clued in. Peep it 🔌 💰

You can find brand new music on our socials every day 🔌 and make sure you come back next Friday for another Ca$$$h Of The Week 💰 Shout out the culture.