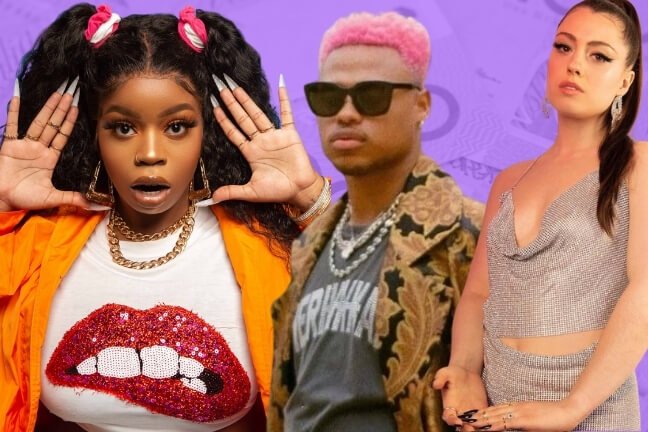 Featuring a selection of emerhing tracks from across the planet that should be in your playlists right now! Keep it locked to FOREIGN EXCHANGE; the spot to find some new talent on the reg. Keep updated via our socials, YouTube and Spotify, and if you’re outside the AU and keen on some AUD’$ love, be sure to drop in your latest release via Submithub!

Hailing from the US capital, James Moss Jr. is the first artist of our ranks with his latest track ’30 For 30 Freestyle’. The Washington DC rapper channels his championship mentality for this freestyle, and if you’re a fan of Cordae or Drake’s ‘AM/PM’ series, definitely give this one a spin.

It’s no secret that Florida has been produced some animated characters over the years, and now we welcome another – Kuttem Reese. Following up the success of his ‘Madden’ single that even caught the attention of the Tampa Bay Buccaneers, Reese’s new track is a catchy vibe with piano and 808s driving the instrumental.

Canadian R&B singer Sara Diamond reveals her relationship woes on new track, ‘Say My Name Again’. Diamond takes a strong pop influence to her R&B style, taking inspiration from the likes of Alicia Keys and Amy Winehouse. Diamond’s latest cut takes us through the break-up process with her silky vocals leading the way over the dreamy production.

Florida based Judas London makes his 2021 debut with his latest single, ‘Spend The Night’. London originally intended for the track to have listeners feel comfortable in their own shoes but ‘Spend The Night’ exceeds even this. With autotuned melodies and subtle brass instruments singing throughout, the drop is a sexy and swaggering single from the Philly-born artist.

Next up, listen to Zimbabwe-born, Canadian based rapper Charmaine flex her stuff on new track, ‘I Don’t Care’. The energetic single comes from her recently released debut EP ‘Hood Avant-Garde’ where she confidently spits across several head-bopping records. If you’re into Tkay Maidza up-tempo bops this will be worth checking out.

Upcoming cloud-rap star ION drops his catchy hit, ‘HOLLYWOOD PARTY’. With Nirvana-like chord progressions, ION gives a convincing new style on an old Lil Peep type beat. While it wasn’t the biggest hit from his 2020 catalogue, ‘HOLLYWOOD PARTY’ has a darker vibe that holds some nostalgic value to any of those who been on the emo-rap vibe from 2016.

Rochester rapper Ishmael is as braggadocious as ever on his new track, and you won’t find anyone complaining. Upbeat production with deceivingly contrasted bars, ISHMAEL has a personality that seems to shine brightest in his art. The self-produced track marks his first single of 2021, however, to get the full introduction to ISHMAEL and his work, check out the accompanying music video.