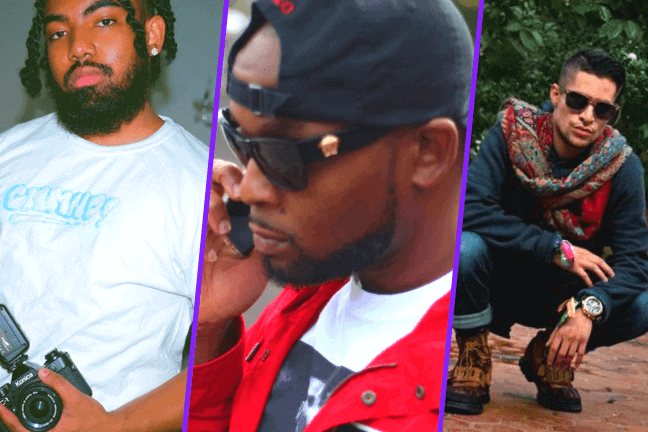 Another week of updates via our  SubmitHub portal. We’ve combed through and found some of the best emerging artists from across the globe – from the UK to the Middle East to the south of the USA. Doesn’t matter if it’s rap, soul or R&B, we’re down to check it out and get you listening to new cash tunes via our
Spotify playlist. Be sure to follow to stay in tune. ????

Multis on multis on multis. Focus The Truth comes through with real raps in a Benny The Butcher like manner on Immortal, cementing his place as a rap force to be reckoned with. Raw bars, powerful visuals and cold, sampled production. Put this on repeat.

Independent Atlanta rapper CB Cbzzybaby comes through flexxing in true ATL style on 3k from his new project The Hustle. Triplet flows, Quavo-like adlibs and a rugged, deep cadence which could draw comparisons to Kevin Gates sit in his arsenal.

Mellow, driving vibes from LA collective CMMND, dreamy, spacey production laced with off-beat Lil Yachty or Lil B type flows. Stay tuned for the beat switch up halfway through which brings EarthGang like elements into the mix.

Wavy, gentle cadences on this link-up between R&B talent LateNightSlide and emcee Kanye Martin. Appropriately titled this is one to bump after dark with your significant other. A super catchy melodic hook a’la Jeremih will get you humming along without even noticing.

Neo-Soul sounds emerging from Kuwait via Don Logan on his debut single Melting. Blending elements of rap and alt-pop in a mellow, almost BROCKHAMPTON like way, the simple refrain will have you hypnotised as Don pours showcases his vulnerability.

MATTY SLY – I AIN’T THE SAME

UK rapper Matty Sly arrives steady on new cut I Ain’t The Same. He ain’t lying either, almost unrecognisable as a British act sounding more like he’s out of Atlanta with spacey autotune and a Spanish guitar laced instrumental.

Multi-instrumentalist and electro / hip-hop producer Outlier.Mp3 delivers his new track Staying In, an ode to turning your back on the party lifestyle to focus on his production. You can hear GASHI production inspiration here as he works between strong 808’s and distorted vocals.