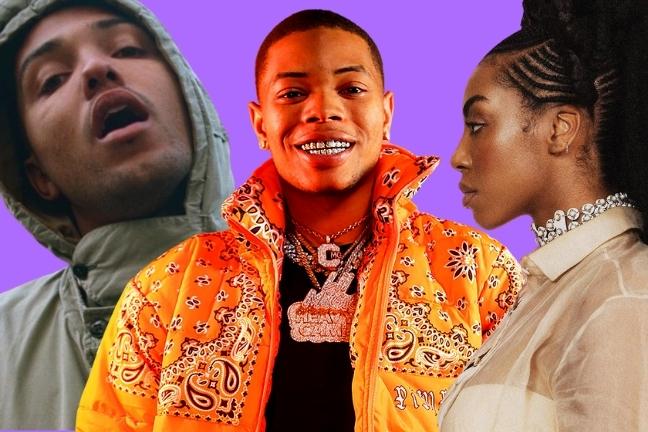 After a mammoth 2021, we rounded up our last handful of favourite new tracks rising from across the globe this year. These emerging stars should be on your playlists right now! Keep it locked to FOREIGN EXCHANGE; your home to find new talent on the reg. Stay locked via our socials, YouTube and Spotify, and if you’re outside the AU and keen on some AUD’$ love, be sure to send us your latest drop via Submithub.

Coventry’s up-and-comer emcee Mugun shares his first release of the year, ‘Walking Street’. Despite the time off, he returns with even more dangerous lyrical prowess and an effortless cadence carried by the track’s percussion. Having already gained notoriety throughout the underground scene and winning ‘Best Urban Act’ at the Unsigned Music Awards, Mugun has busily climbed the ranks of the UK industry. Speaking on ‘Walking Street’, Mugun stated “I wanted it to capture the confidence you get after going to all the places your parents warned you not to go.”

UK artist Jeshi returns to reflect on today’s youth in his latest single, ‘Generation’. Produced by Tev’n, Jonah and Jim E Stack, the 26-year-old delivers poetic and thoughtful lyrics over the watery guitar chords and hip-hop percussion closed out by the pensive piano notes. Jeshi stated in his press release that “‘Generation’ is me looking out the window and thinking about how much of a mental time it must be to be a kid these days.” Considered one of the brightest in modern British rap, Jeshi commands all eyes back on him as he finishes the final touches to his next project.

Afro-German/Congolese artist Albi X combines trap, afrobeats and hip-hop on his latest offering ‘Lélé. From multi-linguistic bars, high energy and infectious melodies and hums, Albi X possesses a global sound. His anthemic new single sparks empowerment and self-belief as Albi hopes “to inspire young people to believe in themselves, to follow their own path and to write their own history.” As an already established model who just finished shooting with Puma alongside drill heavyweight Headie One, Albi X continues to showcase his multiple talents by successfully venturing into the music scene.

CHIEDU ORAKA – MAGGIE TO SIP
For Fans Of: Talakai

UK/Nigerian rapper Chiedu Oraka displays his silky flow on hot new single, ‘Maggie To Sip’. On the Deezkid-produced beat, Oraka gives listeners a glimpse into life in his hometown of Hull. Whether its a radio hit, high intensity grime track or a catchy house tune, Chiedu boasts that versatlity on ‘Maggie To Sip’ and shows plenty of potential for an enduring career in the UK scene. If you’re a fan of Avelino and Dave, you’ll be a big fan of Chiedu Oraka as well.

TANKZ – I LOVE TO SCAM
For Fans Of: KZ Da Bandit

Coming off the viral ‘London Scammer’, the notorious masked London rapper Tankz returns with ‘I Love To Scam’. Rapping his braggadocious bars with an uncompromising delivery over the drill beat, his latest track is in direct response to the BBC episode about him on Panorama: Hunting the Social Media Fraudster. ‘London Scammer’ doesn’t have near a billion views for nothing, and ‘I Love to Scam’ follows suit with the catchy drill beat and the textbook Tankz flow.

Promising Memphis rapper Lil Migo just dropped his mixtape King of The Trap 2 including one of the two Blac Youngsta featured tracks, ‘Dangerous’. Also securing a Quavo feature on ‘Migo Shit’, Lil Migo is the definition of raw talent, attacking the mic hard and leaving no stone unturned as he introduces himself. He’s certainly an artist to keep an eye out for as a recent signee to Republic Records, and it would be no shock if he was the next talent out of the blossoming scene of Memphis.

K.ZIA shares a soulful new offering in ‘I Got Your Back’, the Berlin-based artist’s fourth release in 2021. Describing the alternative R&B track as “a warm hug from a distance”, K.ZIA’s comforting vocal presence and effortless melodies coincide with its uplifting lyrics. In 2018, she opened for Sampa The Great in Berlin and has been on a tear of releases ever since. ‘I Got Your Back’ is taken from her debut album Genesis, set for release in February 2022, which will see K.ZIA tap into both sides of her persona including a darker, French-singing alter-ego.

Missouri artist CMFRT teams up with R&B singer Dareios for their latest cloud-hop track ‘Life Jacket’. Previously known as Dejay, the new song signifies Cmfrt’s feelings towards the disbanding of Good Citizen. Collaborating with fellow St. Louis native Dareios, ‘Life Jacket’ was his first release of the year but has since been followed by ‘Double Dutch’. It’s a catchy and honest offering from Cmfrt who also produced the track and included a Donkey Kong sample; ‘Aquatic Ambiance’ by David Wise.

THE BROKE – SMOKED OUT
For Fans Of: Steez Malase

Independent Israeli artist The Broke slides in with ‘Smoked Out’, fresh from his debut EP Setbacks. The fourth track on his project is this short and sinister offering where The Broke raps over the heavy 808s and sirens of ISAAC’s production. ‘Smoked Out’ is sandwiched by the highlight hook that comes around at the start and end of the song, rapping while the beat is cut – “Bitch I smoked out, with the squad and we too lit.” Delivered composed and calculated, ‘Smoked Out’ still has reckless energy to it that’s perfect to turn up to.

Canada’s Mic North reaps the rewards of hustle on ‘Sacrifice’, his sophomore single of 2021. Produced by Statik Selektah, the triumphant piano chords and live percussion dance beneath North’s hook of “hard days, long nights, blood, sweat and tears, sacrifice.” Released under his independent label Jet City Records, North weaves his witty and wise bars across a handful of different flows as he reflects back on the journey he’s championed. ‘Sacrifice’ is off Mic North’s upcoming mixtape hosted by DJ Disspare and set for release in January 2022.