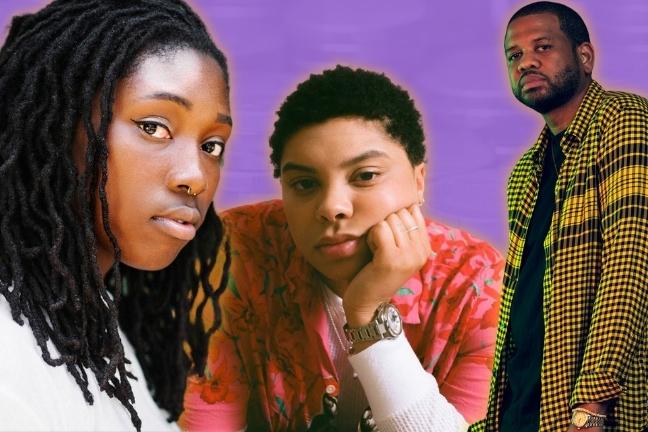 Here are our favourite new tracks rising from across the globe. These emerging stars should be on your playlists right now! Keep it locked to FOREIGN EXCHANGE; your home to find new talent on the reg. Stay locked via our socials, YouTube and Spotify, and if you’re outside the AU and keen on some AUD’$ love, be sure to send us your latest drop via Submithub.

Rostrum Records signee RUSSELL! releases his smooth new single entitled ‘Lindsay’s Freestyle’. With a Miguel-like choice of production, the Canadian artist delivers vocals reminiscent of former Young Money artist Lloyd. RUSSELL!’s ear for melodies is apparent on ‘Lindsay’s Freestyle’, blending elements of R&B both new and old and flexing the tools at his disposal to become a reputable R&B artist. He’s one to keep an eye out for.

DJ FIVE VENOMS & ELIJAH THE BOY – WHAT I SAID
For Fans Of: Brandon Stone

DJ Five Venoms brings Elijah The Boy into the fold for his third collaborative track of the year, ‘What I Said’. Keeping it in the Big Apple, Rolling Loud‘s official festival DJ enlists emerging Bronx emcee, Elijah The Boy, and released the single in the lead up to the second annual NYC show. Rapping over the fast-paced trap instrumental, Elijah’s confident personality adds to the party energy that Venoms has become accustomed to. With Elijah The Boy performing ‘What I Said’ during DJ Five Venoms set, this was clearly made for big crowds.

‘One More Night’ is the second single from Ivy Sole’s upcoming album CANDID releasing in early 2022. This track has a perfected blend of silky, harmonic R&B vocals and a solid hip-hop feature from New Jersey artist, Topaz Jones. ‘One More Night’ is yet another sneak peek into the upcoming album where Sole tackles their experiences with being a black member of the LGTBQIA+ community, as well as being a part of a sometimes-unwelcoming hip-hop community.

London-based Rosca is ready for war with his new street-heater ‘Mortal Kombat’. In his fourth release of the year, the FirstClass produced track sees the Kinshasa-born artist lean on his drill influence more than ever before. Growing up listening to Nas and Biggie, and more recently inspired by the UK hitmakers of today like Stormzy and Dave, Rosca packs the wordplay of old with the energy of new. The darker tone contrasts the more solemn efforts he’s delivered previously, including his charity single ‘Jack’ dedicated to prison rehabilitation worker Jack Merrit who lost his life at the last London Bridge attack.

Zoe Hines tells her story of battling her inner good and evil on these pair of tracks, ‘Teen Wolf’ and ‘Blood Moon’. Making up her The Night Before Seasonal Depression EP, the two were combined for a Halloween themed and Michael Jackson ‘Thriller’ like music video directed by Julian Watanabe Neis. Zoe’s vocals are infectious over the trap beat as she flows effortlessly and successfully articulating the mood behind both songs. One, an emo-rap upbeat party track while the other, a darker and braggadocios offering.

LifeofJazzy’s new track ‘Castle In My Sky’ is the perfect vibe for the UK summer and is made for fans of Dave and Burna Boy’s hit collaboration ‘Location’. In this afrobeat’s infused track, he addresses heartbreak and other personal experiences from love by demonstrating his ability for manage strong storytelling and catchy hooks, which is a strong talent to have. ‘Castle In My Sky’ is an extremely impressive heartfelt banger that also serves as his debut track.

In his debut single, Ghøst stomps over the bass-heavy drill beat of ‘Gangsta Walk’. Bringing in a lot of nonchalant energy, the DMV rapper is on a mission to the top and a quest to make songs that everyone can vibe to, a direction he’s already heading in now. Walking the gangsta talk and vice versa, Ghøst’s raw and authentic vocals encapsulate both the emotion and aggression behind every bar he barks.

KEISI – BODY ON ICE
For Fans Of: CD

British Albanian singer Keisi delivers her sultry sophomore single ‘Body On Ice’. Produced by Odysi, the track is a jazz-infused R&B bedroom jam enticed by the rising star’s alluring vocals. Keisi has been following her musical passion since she debuted on the BBC show ‘Glee Club’ at 15-years-old and then later featured on ‘The Voice of Albania’. Succeeding her 2020 single, ‘Ska dashni’, the R&B/pop singer maintains the island vibes on her latest track with smoother and more poised melodies.

TJ BROWN – WHAT’S YOUR SIGN
For Fans Of: Yourboymars

Actor/artist TJ Brown offers a mellow R&B edge to his catalogue with his fourth track of the year, ‘What’s Your Sign’. Produced by Chogyi, the Harlem native trades the party heaters for a dreamy R&B sound where he delivers his whispery melodies and bars about the different experiences he’s had with women of varying Zodiac signs. Starring in The Get Down and Roxanne Shante’s biopic Roxanne Roxanne as a young Nas, Brown etches himself as a triple threat – singer, rapper and actor.

Baltimore artist Abby T. bosses up on her latest track ‘Legos’ featuring NY-based Rodney Chrome. Hypnotically singing and rapping over the animated trap production of Ethan Johnson, ‘Legos’ contrasts the sweeter R&B tones of previous singles like ‘High’ and ‘WestxEast’ with a more aggressive alt-hip hop sound. Closing out ‘Legos’, LGBTQIA+ feature artist Chrome raises the energy even more with his own flurry of flows and braggadocious bars. Abby T. steers in a new direction with this new single, adding afro-futurism and hip-hop to her versatile wheelhouse.