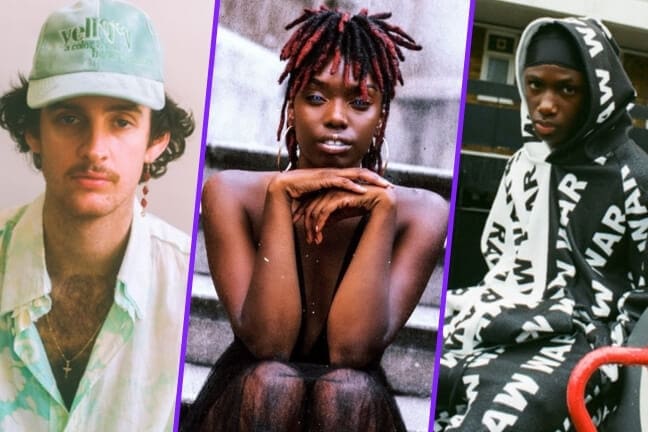 Massive round-up this week from our global SubmitHub submissions. It’s been a minute so we’ve loaded up some huge tracks from Retro R&B to Rap to Neo-Soul. Keep it locked to FOREIGN EXCHANGE; the spot to find some new talent on the reg. Keep updated via our socials and listen in via our Spotify playlist!

JONNY GLENN – REMEMBER IT ALL

Alt-pop / rock-rap vibes from Boston’s Jonny Glenn who dives into a Lil Peep influenced lane on latest emotive drop ‘Remember It All’.

Emerging from Fort Meyers, Florida is BabyJake an infectiously catchy vocalist whose latest single ‘Cigarettes On Patios’ has been given the remix treatment by chart-topper 24kGoldn. This joint will be huge, stay posted.

We’ve brought you the ellow Neo-Soul / Contemporary R&B aesthetics from the UK’s Aylin before, however the Jhene Aiko-like talent has taken it to an even smoother level on her new drop ‘Closer’.

Houston bred E Bleu is a former BROCKHAMPTON collaborator and links up with Kap G on the latest autotuned and 808 infused jam ‘Sit Right’.

Teenage UK rap sensation Amos is a former semi-finalist on The Voice-Kids and is now taking the region by storm with his prophetic pen. His new single ‘Letter To Boris’ is an honest, confronting address to the British Prime Minister.

Bouncy Major Lazer like production is the canvas for 22 year old Washington D.C emcee ARIA to flex on. Having already racked up over 30 million online strings, his natural charisma and confident cadence is sure to fill dance floors in a post-COVID world.

Bay Area talent Travii Devan learned his craft on Soundcloud and has steadily been building a catalogue with crisp production and auto-tuned Rod Wave influenced vocals.

Super smooth collab from the North-East of the States with R&B vocalist Waldo Black linking with emcee Royal for a romantic, late-night cut. G4SHI elements here.

NAZZY THE MIC – WISH YOU WELL

Philly born and raised teenage emcee Nazzy The Mic has presence well beyond her years. Young M.A confidence shining through on ‘Wish You Well’ with poignant, introspective bars and a crisp cadence.

Norwegian teen sensation CCA Jonas is back with a romantic tongue-in-cheek autotune vibe in ‘M’Lady’ – if you dig Lil Keed or The Kid LAROI this is your lane.

Alternative, Indie- R&B out of the land of the maple leaf from Brayden Alexander, gentle horn samples and a Smino inspired flow. A chiller.