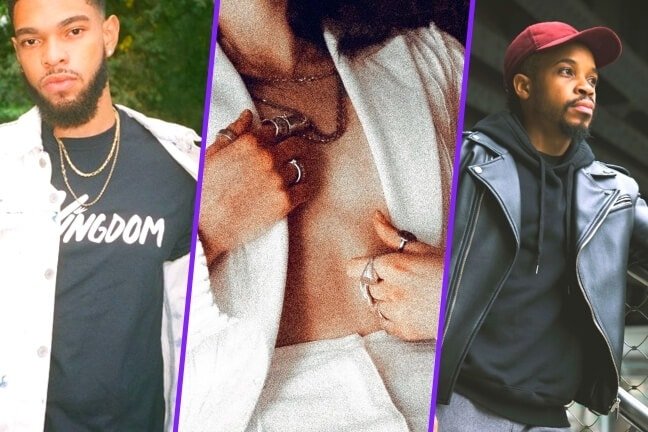 Back with another wrap up of our favourite emerging tracks from across the globe. Be sure to be submitting via SubmitHub for the chance to be featured. Everything from Trap to R&B to Afrobeats, here’s 9 of the best new drops to come our way recently.  FOREIGN EXCHANGE is your one stop shop to find new talent from anywhere on earth. Keep it locked on our socials and listen in via our Spotify playlist!

Ashoka is a Hip-Hop / R&B artist out of Rockland County, New York who has been building some steam getting looks from the likes of Ebro. Crafty, nuanced melodies and tight flows in a Rockie Fresh kind of manner. Peep the new visual.

Really clever, entertaining clip from Jay Gudda out of New Hampshire who puts himself at the centre of a home cooking show. Etcetera is the name of the new single which has a bouncy, fun KYLE type feel about it.

Coming out of Montreal, Canada is Mr. Severe packed with a heap of wordplay and flows nestled deep in the pocked. Money Home is the title of the latest drop with a braggadocious air of confidence a’la Fabulous.

Nigerian / American King Lekan has an extensive resume in the Afrobeats scene having worked with the likes of Wizkid and Davido. You Know is the lead track from latest project the ‘No Time’ EP which is a catchy two-steppin vibe.

Atmospheric cloud-rap / trap out of San Francisco from Kelypso. You can hear the Yung Lean inspirations running through this one. Gentle but bold.

Born and raised in Seneca, South Carolina, Carious has just released his debut album “No Sleep 4 Tha Dreamerz” which is laced with autotune and tightly walks the line between R&B and Hip-Hop. Bump if you like 6lack.

Nordic countries have a unique affinity for Emo / Rock / Rap vibes and this offering from C05 and Silent Boy is no exception. Angsty, autotuned melodies from the Swedish x Norwegian collab in a Lil Peep lane.

Matt Nye is digging deep emotionally on new track Immortalized telling vulnerable, honest tales from his upbringing in Florida. Raw, introspective rhymes kinda Logic like with some interesting woodwind featuring in the production.

All the way from Greece hails Lo Vallens bringing soulful, metaphorical indie / alt R&B. Redrum is a reflection on destructive instincts packed full of Kubrick references. Massive future ahead at only 18 years of age, hints of H.E.R in her vocal tones.