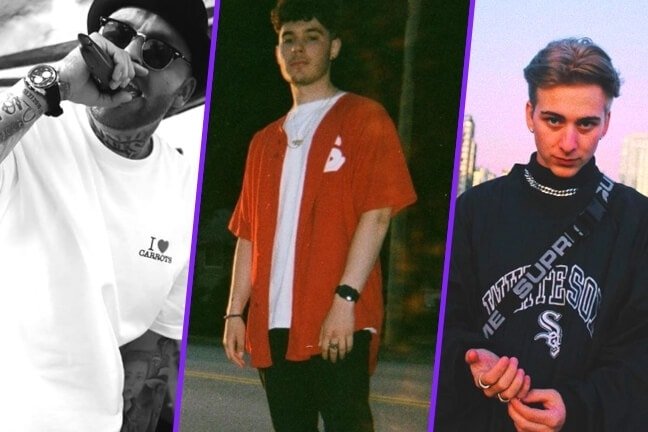 Massive wrap-up of tracks from SubmitHub this week as we bring you a dozen of our favourite submissions from all over the globe. Some golden era rhymes, neo-soul and crips R&B all on display this round –  sitting tight at home in our FOREIGN EXCHANGE feature article. Follow the Spotify playlist and keep it locked.

Philly’s Kid Travis is back with a melodic new indie-R&B release. titled Stay (Don’t GO). Trying desperately to save a relationship with gentle vocal harmonies in a Dominic Fike lane.

Straight out of Sheffield City in the UK is Danimal delivering a three and a half minute barfest on Joker. This that 90s boom-bap raw rap for the golden era Wu Tang heads. But with a UK accent.

Otis Fonde can rap. Here he goes in on some luscious soul-sampled production with a Dizzy Wright kinda cadence. From a rural town in Virginia but with a big city future ahead of him. 804.

Coming off recent studio-album ‘The Ghetto Mr. Rogerz’ is Underchamp the latest from Indianapolis emcee Skypp. He’s defiant in a black and white clip shot inside of the boxing ring. Motivational feels.

Cali emcee 60 East has been grinding for a minute and shows that experience in his latest What I’m Saying. Expect plenty of complex multis in a Jarren Benton-like flow.

More out of the Big Apple, Agallah & Sadat X bring punchlines and double entendres Praise The Lord. You can hear Mobb Deep influences running through the blood.

Change of pace with a slow-down, alt-R&B bedroom cut from Florida’s Chris Rhoadz. Pisces Rising sounds like it could sit nicely on a Tyler, The Creator project.

Witty lyricism and intricate rhymes on this Canadian collaboration between Isaac Zale and Cherry Blu. There’s Because The Internet feels on this cut. Tight groove. Smooth rhymes. Run it back.

Vancouver artist Elijah Blond has been running up numbers online and Tijuana is a tease from his forthcoming EP. Laconic, vibey, Kevin Abstract influenced neo-soul.

Backroads is the latest from Connecticut artist KidCress which draws on his small town lineage and reflects on his struggles with the law. A bouncy flow over guitar driven production. Hard not to draw Yelawolf comparisons sonically.

Chilled R&B all the way from France’s Yudimah. An easy listen with positive vibes, Power creates Masego type production for the producer / rapper to croon over.