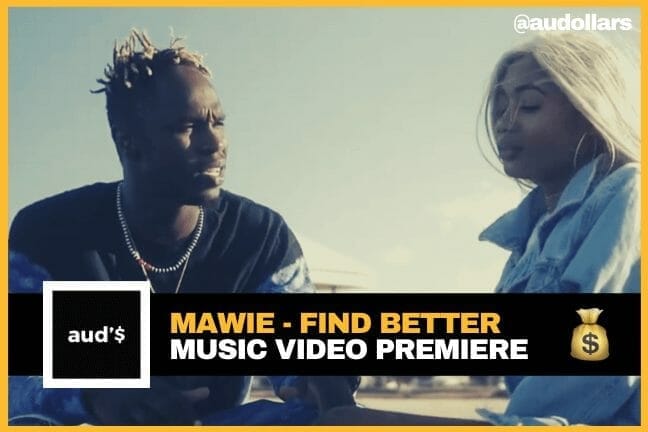 We spend hours upon hours trying our best to sift through the stack of submissions we get banked every week at AUD’$. Sometimes though,  you get one that stands out. This is one of those moments.

Introducing Brisbane-based artist MAWiE, a 25-year old African-Australian talent soon to be picked up by the wider Aus music industry.

It’s hard to believe this is his first official drop, MAWiE’s cadence, flow and storytelling skills are well refined & developed;  “I’ve been on nonsense/ always at a party/ leaving you so lonely/ got girls all around me”  he reflects, getting personal about his part in the relationship troubles. After one listen it’s not surprising to learn his influences include Usher and Destiny’s Child.

The clip, shot by Que Film Collective, showcases MAWiE exploring beautiful beach and forest landscapes as he attempts to patch up issues with his parter.

Having already scored a spot on Apple Music‘s coveted “The New Australia” playlist,  MAWiE is another highly talented emerging local R&B/Hip-Hop artist with global potential. Enjoy the visuals below and keep watch on the name.

With contributions from Emmanuel Yoa.