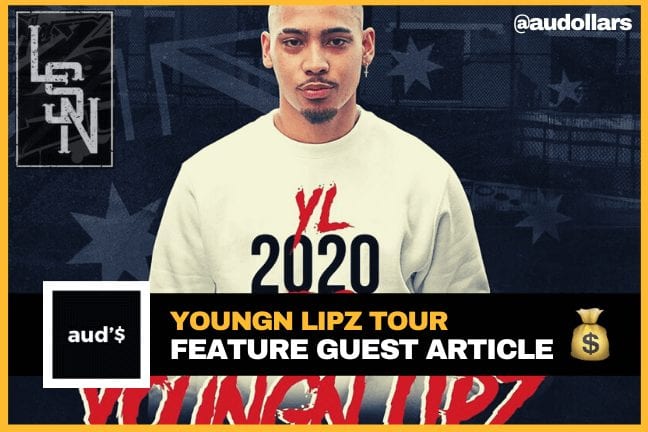 There’s no doubt about it. Having taken the Australian music landscape by storm over the last few months, Youngn Lipz is one of the hottest names in the entire Southern Hemisphere. And while it seems like he came outta nowhere, it’s been the steady build of a tight team focused on domination.

The youngin from Sydney’s West flew under the radar of most in 2018 however a memorable hook on the Pistol Pete & Enzo track “Mama” (then credited as JR Lipo) caught the attention of not only the local islander community, but of newly formed promotions and management co. Biordi Group. Fast forward not yet 18 months and Lipz, not yet 21, has under his belt a string of hit singles, millions of views and streams, and show appearances with the likes of TYGA.

It was “Misunderstood” the super-catchy Spanish-guitar infused R&B jam which saw YL skyrocket to the top of Aus-music in demand lists. In the space of a week in October last year; the single & video dropped, the track scored a bunch of playlist & radio adds and Lipz was on the line-up supporting HP Boyz at their first ever Sydney show at MVP Nightclub. The rest, is history we’re currently living through.

Even before the likes of HP Boyz, LISI, and the Sydney Yungins started becoming household names, Biordi Group (also home to comedian duo Safar Bros and DJ Discretion) recognised the talents of an emerging, yet raw Youngn Lipz and got to work pairing him up with a team that could help his talent shine. Open Till L8 (production credits for Kerser, Rates, Hooligan Hefs & more) handled production on Misunderstood while the expertly crafted video clip was filmed and edited by Skylake Media (regular filmers for 21 District).

December 2019, only two months after “Misunderstood”, Open Till L8 cemented his reign at the top of Australian producers making it two from two with Youngn Lipz new release “Silent” – a charismatic insight into YL‘s playful character and ultimately, be it singing or dancing; his undeniable talent. The process was captured by Kreezy Visions in a detailed behind-the-scenes look at YL – potentially West Sydney’s answer to Chris Brown.

After a link-up with fellow AU rising talents Creed Tha Kid and Day1 on an official A Boogie Wit Da Hoodie remix of “Mood Swings”, YL’s most recent drop was early February’s “Other Side”, produced by RK, and mixed & mastered by the ever present @mixedbymixtri. Another fun moment showing off his incredible vocal abilities, “Other Side” has made it a hat-trick of hits for Youngn Lipz whose momentum seems unstoppable from here.

With a new collab with DJ Discretion + Hooligan Hefs on the way, hype is massive for the just announced YL 2020 Tour which will hit eight cities across the country in March/April. 2020 promises to be a massive year for Youngn Lipz and his team, if he can keep up the same energy and delivery found on previous hits, he has a real chance of being one of the best rising names across the entire globe.

For details on and tickets to the tour, head to Biordi Group here.

Be sure to connect with Youngn Lipz on IG and stay up to date with everything across the culture via @audollars. ????

This Guest Article was written by @thewriterau from @thelessonlsn for AUD’$. Be on the look out every week for a special feature guest article from The Lesson with DJ Sanchez right here on AUD’$. 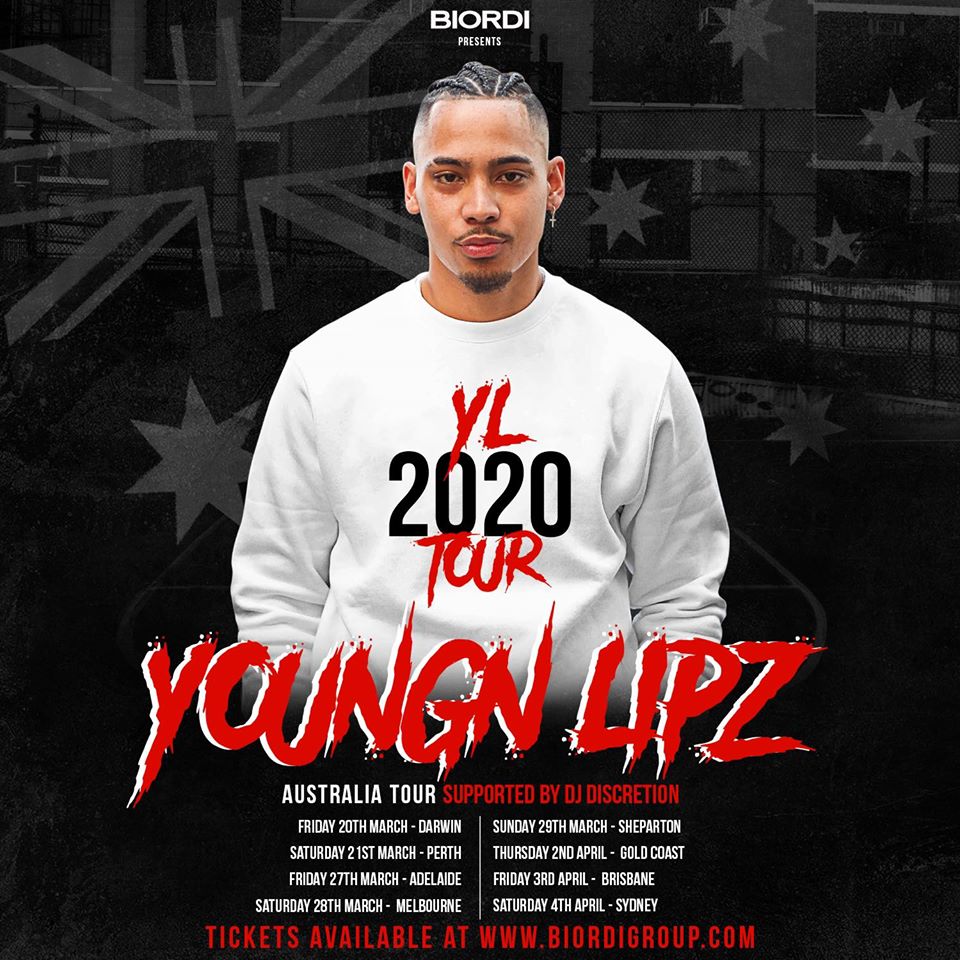