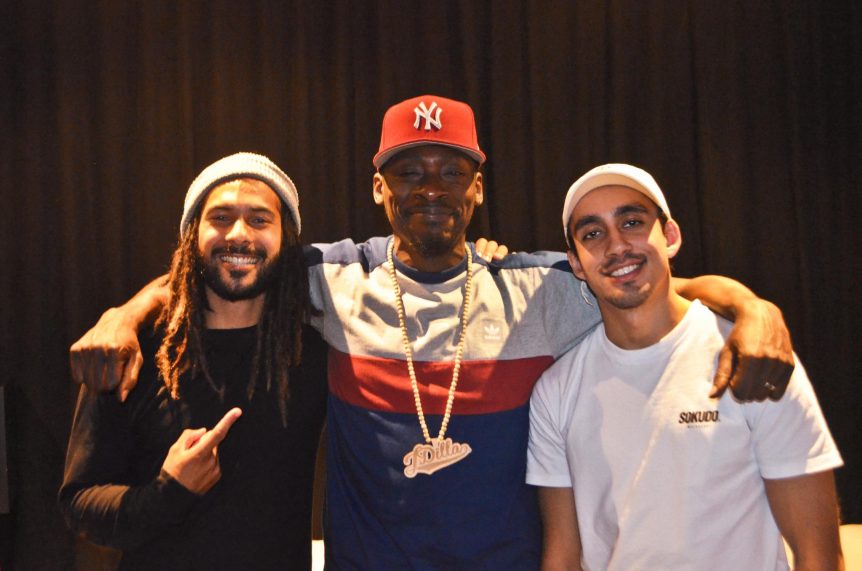 Melbourne duo Cylo have more than been on their grind lately; scoring festival appearances, dropping a killer AUD’$ Cypher with The Outside Inn crew and now following a a support slot with Pete Rock & CL Smooth, they’ve announced news of an upcoming collab with the legendary producer.

According to Sebby and Julian themselves, following the show together at Howler which they state “was like nothing we’ve ever seen before at a hip hop show – true OGs” (AUD’$ can vouch for this, we caught the intimate Laundry Bar show – check our live stream on FB!), they had the opportunity to tee up a studio session with the Soul Survivor genius.

“We spoke for an hour or so, showed Pete Rock and his manager Kino ‘Arc 1: Jenesis and they caught a vibe”  said the duo. From there the Bronx native hit them with a select number of beats from his private catalogue and they got cooking. As for the record? Well it’s “already sounding like a classic and we maybe got some close fam involved”.

No word yet on a release date, but the boys did confirm they’re already working on a follow up to their January release with ‘Arc 2 set to be an expansion sonically on the debut. We await the ca$h 💰💰

Yesterday we had the pleasure of The Real Pete Rock coming through the studio and blessing us with a beat. Stay tuned folks ✊????