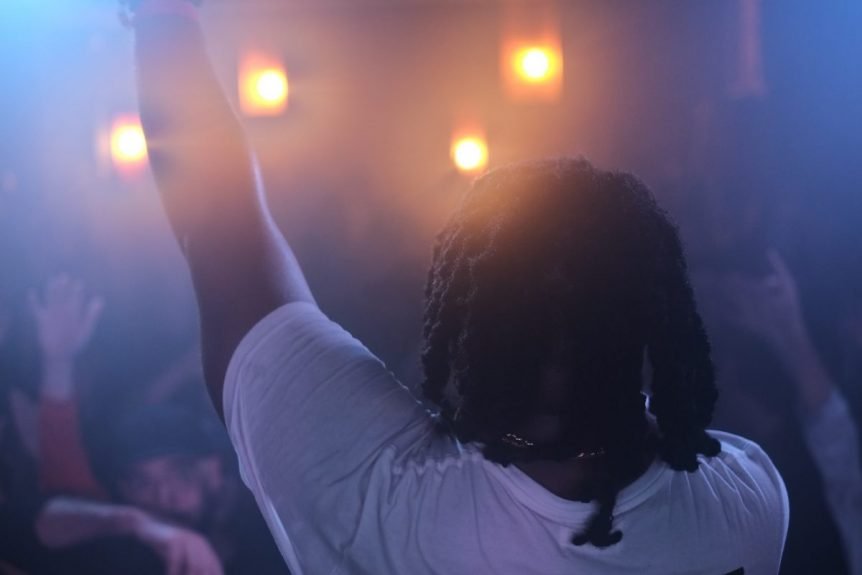 There’s no denying the fact that there’s a new wave of Australian hip-hop artists taking over right now. With an Avengers-like team of artists rapidly taking the forefront of music down under, it seems like international dominance is the next logical step. Carmouflage Rose‘s headline show in Melbourne last Friday may be the first line of attack in this global conquest.

Carmouflage Rose is a rapper from Brisbane who has been making a lot of noise in the scene as of late. His song ‘Late Nights’ has proved to be nothing short of a hit, surpassing over 6 million plays on Spotify, and his latest single ‘Wildflowers’ seems to be following in the same footsteps. With a jam-packed, sold out band room at the Workers Club anticipating his arrival, it proves that his grind has culminated in a large fanbase.

Melbourne rapper Juñor opened up the night with a brisk, high-octane set curated to get the crowd moving. He shifted throughout Autotune-drenched ballads and hard-hitting rap cuts, getting the audience involved in unison whenever he could. With a seemingly unlimited amount of energy, Juñor showcased that he’s an ideal artist when it comes to generating hype.

Next up was Tigerilla, who integrated elements of EDM, hip-hop and r&b into his set to make up for 30 minutes of energy and duality. Despite being a fill in for Lil Spacely, Tigerilla won over crowds with a smooth voice and some skills behind the decks.

By the time 11:00 PM hit, the room was packed to the brim awaiting the arrival of Carmouflage Rose, only to be hit with a K.O as he blasted out to the sounds of ‘Wildflowers’. Sporting a bulletproof vest and a bottle of Hennessy, Rose’s intensity and passion for performing made it clear that he was the only one doing the shooting. The crowd sang along as he urged them to get closer to the stage, and by the time ‘Late Nights’ came the floor was shaking.

Overall, Carmouflage Rose‘s headline show at The Workers Club was one to remember. Juñor and Tigerilla brought their unique brands of hip-hop to the stage in order to warm up the crowd before Rose came out and gave them exactly what they expected; fire. This show was not only a testament to Rose’s hard work and dedication to his craft but a representation of the amazing talent coming out of Australia right now. With more and more artists popping up every day, I can assure you this won’t be the last time we see a night like this.

You can catch Camouflage Rose‘s “Wildflowers” tour continue around the country. Check the dates below!