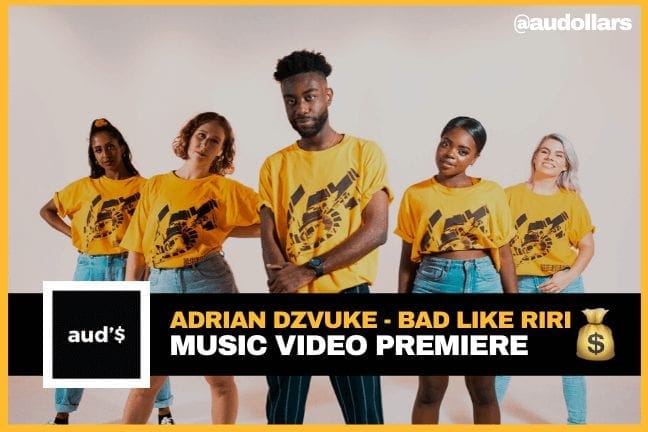 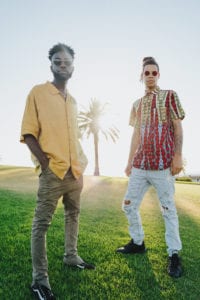 Perth talent Adrian Dzvuke is an afrobeats star you need to know yesterday. Born in Zimbabwe before moving to Australia while young, we recently named him as one of ‘6 Acts from the 6K’ to keep up with and today you get another reason as to why.

“Bad Like Ri Ri“ is the name of the latest drop that’s been running up numbers on DSPs and scoring radio slots including a feature on 2 CENTS with Junor on FBI RADIO. Now we’re finally being blessed with the visuals and you get them a day early exclusively through AUD’$.

In the mould of Wizkid but with his own unique flavour, Dzvuke laces the groovy bassline with a charasmatic vocal performance in this sunshine drenched floor filler. With a notable assist from Pow! Negro, the track has an electric energy and builds on this vibes we heard in ‘Confidence’ early last year.

The clip is full of colour and choreography, one for Perth city to be proud of as a number of the cities buzzing music acts make brief cameos.

Dzvuke has been building a stellar reputation out west, having been nominated in 2019 for a WAM Live Music Award for Most Popular New Act and support scored slots with the likes of Kevin Parker and Triple One. We look forward to hopefully having him on the East Coast in the latter half of the year.

Check out ‘Bad Like Ri Ri’ exclusively below a day early and be following Adrian Dzvuke and @audollars on the gram ????