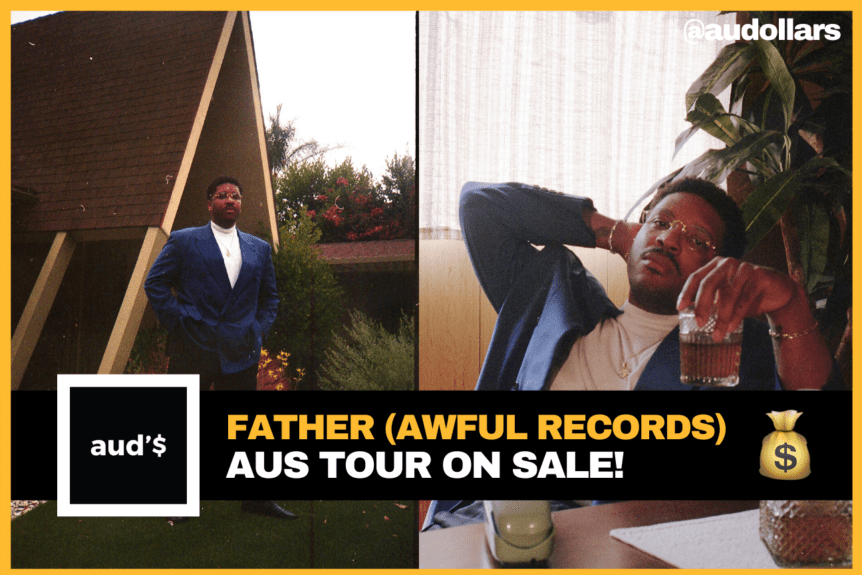 AWFUL RECORDS don FATHER announces his  glorious return down under, playing four dates across Australia this June thanks to WAVYLAND yet again.
Bringing the energy and brains behind the label responsible for the likes of PLAYBOI CARTI, ABRA and a multitude more, Father is set to cause mosh-pits countrywide for the first time since he was last here in 2017.
Landing in Sydney, Melbourne, Brisbane and Perth this June.

From the start, Father’s music was filled with a mischievous charm that poked fun at the world as
much as he pointed the finger back at himself – in his breakthrough single ‘Look at Wrist’ he
famously rapped, “never had to flip a brick, but I get the gist.” This charm built through his first
string of albums – ‘Young Hot Ebony’ (2014), ‘Who’s Gonna Get Fucked First’ (2015), and ‘I’m a Piece of
Shit’ (2016) – which Father endearingly referred to as, “a trilogy of fuckery.” Dripping with swag,
bouncy, lofi beats, and his signature monotonous flow, these three projects cemented Father as the
prodigal son of the independent hip hop kingdom.

Father soon relocated to Los Angeles from Atlanta, where he found a new sense of balance and
quick success with his 2016 hit single “Heartthrob.” After forging a partnership with RCA and Adult
Swim, Father delivered his most widely acclaimed album yet, Awful Swim (2018). Although still
rampant with his devious inner-child, this album showed off Father’s maturity as an artist when it
came to working with more complex production and refining his storytelling savvy.

Not far from the spontaneous nature of ‘Awful Swim’, his last release, ‘HUSBAND EP’, captures Father
at his strongest and most comfortable. Keep an eye out for more from the DIY Atlanta artist coming
soon & be sure not to miss his dates in Australia! 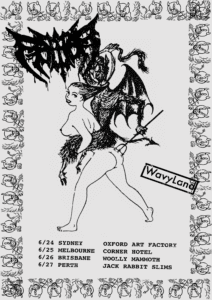