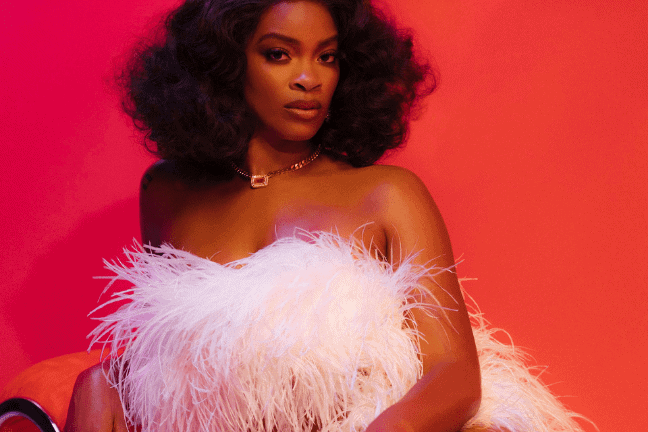 Ari Lennox returns with a reminder to keep applying pressure. A lovable figure with an earnest demeanor, Lennox’s character, and God-given talents have helped transform her from a promising independent act to a Grammy-nominee, and one of the premier vocalists in the world today. The first female artist signed by legendary emcee J. Cole, Ari joined a roster alongside the likes of Bas, JID, and EarthGang and has become affectionately known as ‘The First Lady of Dreamville’.

Hailing from Washington D.C., Ari Lennox has become a household name in the realms of R&B, soul, and hip-hop. While her acclaimed debut album ‘Shea Butter Baby’ spawned Platinum and Gold singles and saw comparisons drawn with the likes of Erykah Badu, it was her seamless contributions to chart-topping Dreamville collaborative project ‘Revenge Of The Dreamers III’ in 2019 that cemented her presence in one of the most dominant forces in hip-hop today.

“It’s really a family environment…a beautiful energy.. we’re always just there for each other, making music and we very much love each other…”

“Every era of soul music we have women applying pressure; vocally, fashion-wise, hair-wise, energy-wise… everything! I don’t want it to end!”

Her latest offering ‘Pressure’ is an homage to some of Lennox’s inspirations including revered soul singers Dianna Ross and Tammi Terrell, a release developed in the studio alongside legendary producer Jermaine Dupri and songwriting titans Bryan-Michael Cox and Johnta Austin. With her iconic vocals on full show in a 60’s-esque visual, Ari applies pressure with her sensual demeanor and touch rather than allow herself to succumb to the grips of love

“The next chapter is me staying in the studio, staying focused, and working on this sophomore album. I’m excited!”

Watch the full interview between Matthew Craig and Ari Lennox below via our YouTube channel where she talks about signing to Dreamville, the Motown-inspiration behind ‘Pressure’, and why she loves Australia so much. Also catch her in a quick round of AUD’$ Rapid Fire letting us in on her first celeb crush, her fav meal, and where she spends her money. Be sure to let us know if you’re vibing with the interview in the comments!