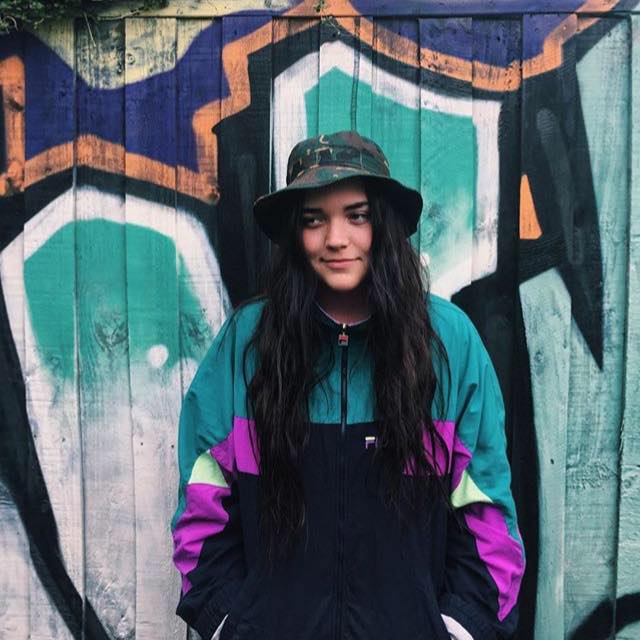 Poppy, the 20-year old rapper associated with Melbourne crew Dassit! is on fire right now. Her recent release ‘Ocean’ has catapulted her into the spotlight across social media and radio, with the latest co-sign coming from prominent Australian rapper 360 who reached out after catching her performance in the recent all-female AUD’$ Cypher alongside Netti and Sophiegrophy. 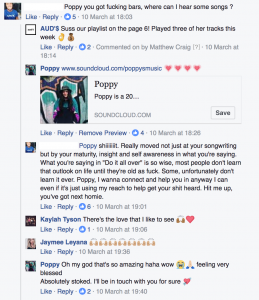 This is the latest in a string of hip-hop networks and collaborations emerging from AUD’$. Dylan Joel made a brief public appearance from his social media hiatus in S02E05 to drop some heat next to rising star Droopo, with the two allegedly exchanging numbers following the show and talking through the possibility of a collab.

On Friday, Brisbane A-Lister Midas.Gold took to Facebook declaring “I need Sophiegrophy on a track ASAP” after catching her in the AUD’$ #IWD2017 live stream, while Kaè and Reiis were spotted posing together on Instagram raising the possibility of another collab within Melbourne’s booming outer east region.

It’s an exciting time in the Australian hip-hop scene rn. Names are exploding, tracks are going viral, and light is being shone across the entire continent – with AUD’$ more than playing its role in fostering the growth. Check out the screenshots below. Check out the #IWD2017 Cypher which has already clocked over 5 thousand views. And then drop us any hints you might of heard of other possible ca$h collaborations ???????? 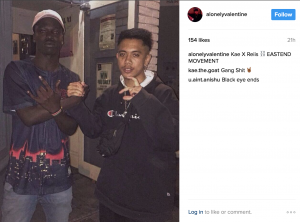